Happiness is… a deserted tropical island.

The Many Islands of Africa

When most people think of sunny beach holidays, their minds jump to the Caribbean or Mediterranean. However, there are a fair share of island getaways in Africa where you can get that quintessential white sandy beach and palm tree photograph. The continent is home to some of the best beaches and island breaks in the world. It’s paradise, often at a fraction of the price.

Each of these African island getaways have warm oceans, deep histories, friendly people and enough things to do to keep you there for a little longer than you might have expected.

Please feel free to contact us for a tailor made package quote. 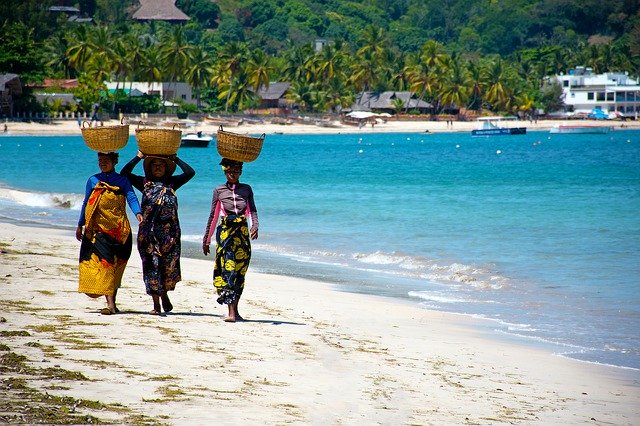 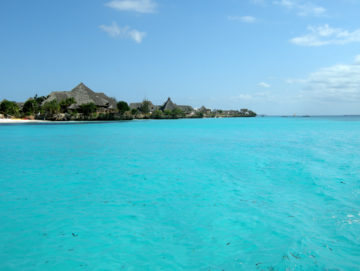 Zanzibar is an island attraction that has a little bit of everything. Little has changed on the island over the past 200 years and Stone Town remains the cultural heart of Zanzibar. Spend time walking through the narrow and winding alleys while marveling at the grand Arab Houses and intricate door designs – more than 500 different examples of brass-studded, carved and wooden doors can be found here. Stone Town was recently declared a World Heritage Site by United Nations Educational, Scientific and Cultural Organization (UNESCO).

Take about three hours out of your day to discover why Zanzibar is the Spice Island. Visit the Kizimbani Village where you can taste exotic fruits, spices and other rare plant species. Not only does Zanzibar offer a rich cultural heritage, tasty cuisine, fun and festive street food but it offers magnificent snorkel and dive sites and a magnificent array of sea-life to explore, beautiful beaches and water sports to enjoy.

When is the best time to go to Zanzibar?  Warm weather prevails all year round, although the rainy season is between March and May. It is a rarity that travelers will see overcast weather, as the rain usually happens overnight and in the early morning. Temperatures fall in the mid- to high-twenties for most of the year, with the hottest months being February and March.

Mauritius is more than just a beach. The Pamplemousses Botanical Garden is its most-visited attraction and some say it would take a week to cover the vast area of land, which is filled with more than 650 varieties of plant species. Not many people have that amount of time so make sure you see the famous baobabs, the palmier bouteille (type of palm tree that has a swollen trunk) and the giant water lilies.

Port Louis is the capital of Mauritius and offers a lot to see and do. The main highlight is China Town, which is bursting-at-the-seams with merchandise and trinkets to take home. If you are prone to going into a shopping frenzy, it might be best to have someone with you to make sure you do not clear the whole place out. Don’t forget to visit some of the best food markets in Mauritius, and try a selection of its fantastic offering of delicious food & drinks. 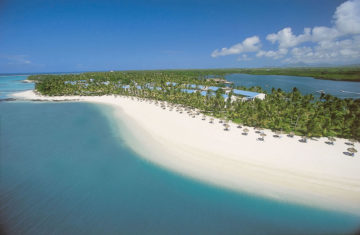 Mauritius is concerned with its conservation and rightly so. There is an abundance of wildlife and landscape that needs to be kept intact. The Mauritian Wildlife Foundation is the only Non-Governmental Organisation (NGO) in Mauritius that makes its life mission the protection of the nation’s endangered plant and animal species.

When is the best time to go to Mauritius?  The island of Mauritius enjoys a relatively mild climate all year round but the best time to visit is between the months of April and June and between September and December.

Ranomafana National Park (ranomafana means ‘hot water’ in the the local language – Malagasy) is one of the most visited places in Madagascar because of its convenient location, good access and great biodiversity and is home to over 12 species of lemur. It also forms part of the rain forests of Atsinanana, which comprise six national parks spread along the eastern side of the island and together make up one of Africa’s top World Heritage Sites. The golden bamboo lemur was, in fact, the inspiration for the establishment of the park in 1991, a few years before Dr. Patricia Wright discovered that this species was near extinction.

Alternatively, check out the Royal Hill of Ambohimanga. It’s a royal city and burial site made up of an ensemble of sacred places which have kept their spiritual character, evoking a strong sense of national identity. For the past 500 years it has remained as a pilgrimage site to which locals and people from around the world come to visit.

With a population of only 87 000, spread over a total of 115 islands which bear 15 types of mangoes, 17 types of banana and four types of coconut and have no monkeys, snakes or tigers, the Seychelles archipelago is the definition of paradise. One of its islands, Cousin Island (the first to become an internationally-owned reserve) is managed solely by local staff. Their objective is to save the population of the Seychelles warblers. It is also the most important breeding site for the hawksbill turtle. The reserve benefits local communities on the neighboring Praslin Island through eco-tourism. The island is open to visitors five days a week.

The St Anne National Marine Park is roughly twenty minutes from Seychelles’s main island, Mahé, by slow boat. Green and hawksbill turtles are often found due to the large amounts of sea grass attracting them. Bottleneck dolphins also frequent the marine park. Enjoy local food at some of the restaurants on St. Anne’s itself.

When is the best time to go to the Seychelles?  Seychelles enjoys a year-long warm, tropical climate so there is no time of the year that is off-limits; although different times of the year may be better suited to particular interests. For sailing and snorkeling enthusiasts Seychelles is perfect all-year round. For activities such as fishing and diving it is recommended to go between October and April and March-May/September-November respectively. 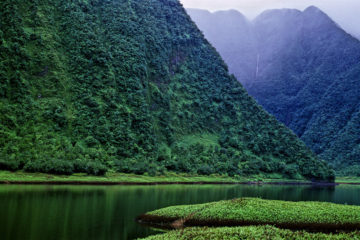 Piton de la Fournaise is a volcano on the island of Reunion, which is recorded to be one of the world’s most active and productive volcanoes.  The volcano is a hot-spot, which means that the eruptions are short-lived but frequent. This volcano is a major attraction on the island.  Reunion is the adventurers paradise to hike, cycle and explore natures wonders.

Visit the seafront park of La Barachois in Saint-Denis to catch the refreshing sea breeze. Lined by cannons facing out to sea, the park has a monument to the Reunion-born aviator Roland Garros who is leaning on a propeller. Enjoy festivals, architecture and incredibly strong rum here.

When is the best time to go to Reunion?

The best time to go to Reunion is between April and November. This is their winter season but the temperatures are a lot more moderate than in their summer.

The Quirimbas National Park is renowned for its wildlife, gorgeous beaches and mangrove forests and that’s only one of the 27 islands that make up this chain in northern Mozambique. Ibo Island is known for its silver-smithing, and the archipelago as a whole is one of the top 10 sailing spots in Africa.

When is the best time to go to the Quirimbas?  The climate is tropical: most people choose to travel in winter (May – November) as summer is extremely hot and humid. January and February are the rainy months, although tropical storms are less of a problem in the north than the south of Mozambique.

It is said that every major town and city in Tunisia has a Medina and Djerba is no exception (A Medina is an old town where you can wander through narrow passages and covered alleys.) Learn to soak up the culture as you see the traditional architecture and shop at the souk (market-place).

The Lalla Hadhria Museum offers travelers the chance to learn about some Tunisian and Arab-Islamic history. This large museum has fifteen galleries, which are full of thousands of art pieces. 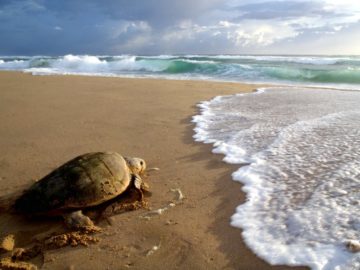 Find out about turtles in Cape Verde by visiting the Turtle SOS Guided Walks & Hatchery. During July-September, take guided walks to see a turtle coming ashore to lay her eggs. Then from August-December marvel at nature as baby turtles are being born in the hatchery. Travelers can adopt a baby sea turtle and receive a certificate and photographs of your baby turtle being born.

Blu Bar is unique in Cape Verde with its stylish, cool and classy atmosphere. It is a popular place to visit for locals and travelers alike to hear live music and soak up the island vibes. The Blu Bar is found in the center of Santa Maria, next to the town square.

For the more active at heart and adrenaline junkies there is an opportunity to hike Mount Karthala. From there, why not descend into the crater of this active volcano? It is claimed to be the largest active crater in the world. Some travelers make a trip of it and spend a night at the shelter provided.

Visit Mayotte, a French-administered town that is surrounded by coral reef and boasts excellent beaches and scuba-diving facilities, or you could explore the largest lagoon in the world by dugout canoe. Take a trip back in time in the town of Dzaoudzi, which is home to a forested islet named Pamanzi, a plunging waterfall named Sulu and the remains of an old mosque at Tsingoni.